Then and Now Hector Street

St. Matthew’s Grads Celebrating 50 Years, As Reunions go, This Was the Best

St. Matthew Grads Celebrating 50 Years
As Reunions Go, This Was The Best
By Jack Coll
10-7-15

I attended a reunion on October 2, at the Plymouth Country Club, it seems like I’ve been to a thousand reunions for one reason or another over the years, but this one was special and I was happy to be part of it, it was St. Matthew High School and it was their 50th Class Reunion.
The weather outside was frightful, the kind of frightful that when you pulled up to the Country Club and parked your car, you didn’t want out get out and make that 50 yard dash to the door, it was cold, the kind-of cold that brings out the word “raw,” chilling to the bone. It was also very windy and the rain was pouring down, I grabbed my camera bag, got out of my van, dropped into a three point stance, and ran the 50 yard dash to the front door in just under three minutes.
But once inside it turned warm, friendly and welcoming, I could hear laughter long before I got to the ballroom, once I arrived inside there were smiles everywhere, I knew I was in the right place. I started to imagine these senior citizens a half a century ago as they stood in small groups reminiscing, talking careers, children and grandchildren. Somehow they made it, most of them were nearing seven decades of life and were thrilled to be here talking about it.
There were a few tables set-up with pictures and memorabilia, I stopped to flip through a year book, it struck me that in row after row of the senior photographs that every female in the book seemed to have short flip-hair, I’m sure there is a more proper word for it. Mary De Paul, Catherine Deuber, Rosemarie D’Ettore, Maria Di Giacomo, Patricia Di Gregorio, Diane Di Marino, Rose Ann Di Nardo, and Phyllis Di Yenno just to name a few all had this flip-hair thing going on, quite the style back then. Although the Beatles had arrived in America a year earlier the boy’s hair was much shorter than the girls and a lot shorter than the Beatles hair.
Checking out one page of short-hair guys I’m looking at Thomas D’Annunzio, who had a full head of hair but still short, Paul Donovan, William Donovan, John Dunn and Carl Dunst, most of the boys parted it or brushed it from the left side to the right side. You can pick out the bad kids from the good kids just by looking at their pictures, the bad kids had a tendency of keeping their sideburns short, as short as possible, guys like Robert Cahill, Robert Blaszczak and Jesse Stemple, apparently they wanted to give the nuns as little hair as possible to work with when it was their turn to be lifted out of their seats by the side-burns. One final thing about hair, if you have a yearbook, check out the hair on Monica Kusek, man she had a beautiful head of hair with about two and a half cans of hair spray on it, almost looks like a football helmet without a face guard.
As I panned the room of senior citizens I couldn’t help but think of what a great time they grew up in, their teenage years spent in the early 1960’s. I’m sure that everyone in the room could tell you their exact feelings and who they were sitting next to when it was announced that President John F. Kennedy was shot and killed in Dallas as they sat at their desk in their classrooms.
As we look back to the fall of 1964, when these happy reunion attendees entered their senior year at St. Matthew’s High school, and the spring of 1965 when they marched in line to receive their diplomas, I thought about the music scene, pop culture, the war and other events that helped shape their young lives.
Of course Lyndon B. Johnson was the president of the United States in 1965, but as seniors in high school go I don’t think many of the students gave a hoot about the president at that time in their lives, and anyone who said they cared about the President of the United States back then well they were just trying to impress a girl, knowing Johnson was president just might have secured them a date at the Ridge Pike Drive In and brother there was knowledge to be gained at the drive-in. Seniors in high school had much more important things to be concerned with like what would be the number one record for the week? Was Peter Noone of the Herman’s Hermits cooler than Mark Lindsey of Paul Revere and the Raiders. So who were the bands and music this roomful of grandparents was listening to a half century ago? Just the coolest bands on earth!
Graduates from across the country were in the thick of the whole Motown scene, The Four Tops, Temptations, Martha Reeves and the Vandellas, The Supremes, and all the rest of Berry Gordy’s acts. No band introduction needed with the titles of these songs, Help! Ticket To Ride, Eight Days a Week, I Want to Hold Your Hand, She Loves You, Love Me Do, Please Please Me, A Hard Days Night, Twist and Shout, and I Saw Her Standing There, guess what? They were all hit songs in your senior year.
Here’s a short list of some of the more popular, familiar songs you all remember, and just a few of the hit songs from your senior year in high school that might have slipped you mind.
A Few of the Top hit songs from the fall of 1964 and spring of 1965
Hello Dolly Louis Armstrong
Everybody Loves Somebody Dean Martin
I Get Around Beach Boys
Oh Pretty Woman Roy Orbison
We’ll Sing in the Sunshine Gale Garnett
People Barbara Streisand
Last Kiss J. Frank Wilson and the Cavaliers
Do Wah Diddy Diddy Manfred Mann

Dead Man’s Curve Jan and Dean
A World Without Love Peter and Gordon
You Don’t Own Me Lesley Gore
Walk On By Dionne Warwick
G. T. O. Ronny & the Daytonas
Hey Little Cobra The Rip Cords
Bits and Pieces The Dave Clark Five
A Summer Song Chad & Jeremy
Remember (Walking in the Sand) The Shangri-Las
Leader of the Pack The Shangri-Las
See The Funny Little Clown Bobby Goldsboro
Surfin Bird The Trashmen
You Really Got Me The Kinks
Dang Me Roger Miller
Chug-a-Lug Roger Miller
Do You Love Me The Dave Clark Five
Louie Louie The Kingsmen
How Sweet It Is (To Be Loved By You) Marvin Gaye
Down in the Boondocks Billy Joe Royal
Catch Us If You Can Dave Clark Five
Save Your Heart For Me Gary Lewis & The Playboys
What The World Needs Now Jackie DeShannon

Of course we remember the Herman’s Hermits
Hey gang, Peter Noone was just the cutest thing ever, wasn’t he?
I’m Into Something Good
Can’t You Hear My Heartbeat
Mrs. Brown You’ve Got A Lovely Daughter
Silhouettes
Wonderful World
I’m Henry VIII, I Am

It Ain’t Me Babe The Turtles
Don’t Just Stand There Patty Duke
True Love Ways Peter & Gordon
We Gotta Get Out of This Place The Animals (High School Seniors Anthem song)
Do You Believe in Magic The Lovin Spoonful
I Want Candy The Strangeloves
Wooly Bully Sam the Sham and the Pharaohs
You’ve Lost That Lovin’ Feelin The Righteous Brothers
Downtown Petula Clark
King of the Road Roger Miller
Hold Me Thrill Me Kiss Me Mel Carter
Shotgun Junior Walker & The Allstars
I Got You Babe Sonny and Cher
This Diamond Ring Gary Lewis and the Playboys
I’ll Never Find Another You The Seekers
What’s New Pussycat? Tom Jones
Eve of Destruction Barry McGuire
Hang on Sloopy The McCoys
Papa’s Got A Brand New Bag James Brown
The Name Game Shirley Ellis
Hush Hush Sweet Charlotte Patti Page
Like A Rolling Stone Bob Dylan
AND Let’s not forget about The Rolling Stones

If the list of hit music seemed a little long, well these were just a few of the songs on the pop charts while you guys were seniors at St. Matthew High school. Let me present to you a little shorter list of movies and TV shows that were hits back in late 1964 and 1965, I’m sure you’ll remember most of them.
And so who remembers sitting home in front of the living room television, (only after your homework was completed of course) and watching some of these shows:
Bonanza,
Gomer Pyle, U.S.M.C.
The Lucy Show
The Red Skelton Show
Batman
The Andy Griffith Show
Bewitched
The Beverly Hillbillies
Hogan’s Heroes
Green Acres
Get Smart
The Man From U.N.C.L.E.
Daktan
My Three Sons
The Dick Van Dyke Show
Walt Disney’s Wonderful World of Color
The Ed Sullivan Show
The Lawrence Welk Show
I’ve Got a Secret
Petticoat Junction
Gilligan’s Island
Wild, Wild West
The Jackie Gleason Show
The Virginian
Daniel Boone
Lassie
I Dream of Jeannie
Flipper
Gunsmoke 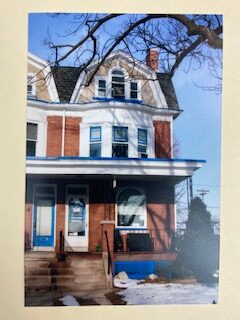