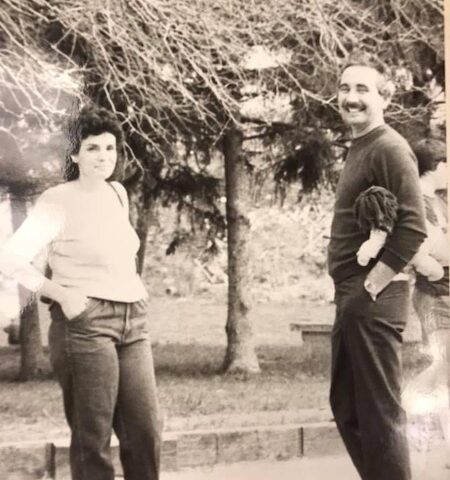 When news came that Norm Macdonald passed away a little over a week ago, my initial instinct was to post one of his funny SNL skits on my personal Facebook page. Or maybe him hosting the weekend update segment where he could showcase his comedic skills. Of course I can’t forget when he played Burt Reynolds on celebrity Jeopardy hosted by Will Ferrell, as a matter of fact, he played him so well, he was eventually cast as Burt Reynolds son on My Name is Earl. Now, I enjoyed his work and I was sad for his family and friends.. I also realized I really didn’t know him, at all. And, if I considering posting something about Norm, I really should talk about a couple of guys that I knew over the years in the Conshohocken community that we lost this year. Tom Zadroga and Bud Donovan. Many of you reading this may not know their names, so for those of you who didn’t know them, I’m going to take a minute and talk about each of them. Those of you that knew these guys, you probably have your own memories and I hope you cherish them, we never know how long we have with our friends and loved ones.

Mr. Zadroga, coach Zadroga, Tom “Mr. Fix it”… those were a few of the names I called him over the course of my close to 40 years knowing him. He always seemed to have a smile on his face, there was always a warm greeting when I would see him over the years. In my younger days it was likely on a football field somewhere, either at the Plymouth Whitemarsh Spartans or on the sideline at Archbishop Kennedy. If it was off the football field it would be at a gathering of local families that had something in common… kids around the same age playing the same sports. With the Zadroga’s I was close in age to their son Tom and my sister was close in age to their daughter Danielle. As the years went on, I would call Mr. Zadroga to fix my dryer, or my fridge, or the washing machine… he always seemed like it was never a problem. I was happy to chat with him while he told me what was wrong with whatever it was he was fixing.. it was all over my head. I can tell you what is going on with picture frames or maybe the local sports teams, but the interior of a household appliance is over my head. I loved seeing him and his wife Camille taking their daily walks and we’d occasionally bump into each other at Wawa or some other local spot and over the years we’d talk about their grandkids. Camillie, Tom, Danielle and Pat…. we’re thinking of you. Here is his official obituary from earlier this year:

Thomas D. Zadroga, 73, of Conshohocken, died on July 26, 2021 at his home surrounded by his family. He was the beloved husband of 50 years to Camille R. (Lepera) Zadroga. He was born in Norristown, PA on January 26, 1948 to the late Carl J. and Virginia Lee (Taylor) Zadroga. Tom grew up in West Conshohocken and was a graduate of St. Matthew High School class of 1965. He served our country in the US Navy during the Vietnam Era with rank of E-4, and served on the USS Putman. Tom was employed as an Electrician for Glaxo Smith Kline for over 20 years until his retirement. Tom was a natural athlete; he excelled in baseball in his younger years and held the home run record in Conshohocken Little League for many years. He was an avid golfer and was a member of the Spartans Golf League, and was a skilled pool player. He coached football for the PW Spartans and also coached and umpired for Conshohocken Little League. Tom was known to be able to fix anything, and always helped someone in need. He enjoyed traveling with his wife to many vacation destinations and looked forward to his annual golf trip to Myrtle Beach with friends. Tom was foremost a family man, and cherished time spent with his family.
In addition to his wife Camille, he is survived by his son Thomas M. Zadroga, his daughter Danielle M. Harrison & Jason, 3 grandchildren Colin, Landon and Carmine, his sister Patricia Kelly, his sister-in-law Judith Keys, and many nieces and nephews. He was preceded in death by his siblings Carl J. Zadroga, Michael J. Zadroga, Mary A. Zadroga.
A Celebration of Life in tribute to Tom will be held at a later date to be announced.
In accordance to Tom’s wishes, he donated his body for the benefit of science and knowledge.
Memorial donations in Tom’s memory can be sent to the ALS Association, Greater Philadelphia Chapter http://webpa.alsa.org/site/PageNavigator/PA_Chapter/PA_12_General_Donation.html.

Bud Donovan… I can’t tell you when I really got to know Bud… I can tell you I’m thankful everyday of my life that he moved onto west 8th ave. at some point because I got to know my best friend Tim Donovan. Tim and his brother Kevin were some of my first and best friends and still are to this day. Tim and Kevin probably came in that second wave of lifelong friends for me, simply because we got to know our neighbors as little kids and then the circle started to expand a little past Josie’s candy store. I could write a book about my friends….. but I wanted to talk about Bud Donovan. Bud had this picture of him and Buddy Ryan, legendary coach of the Philadelphia Eagles on his basement wall. As a kid I thought that was very cool, Buddy Ryan coached Reggie White and Randall and Jerome Brown… that amazing D of the late 80’s…. so as a kid, Bud was simply my friends dad… then at some point we all worked together for a misfit crew of movers that met at the CBC Club with Kevin Lesher as the leader. At the time me and most of my friends were in our late teens, early 20’s Bud and his buddies were in the late 30’s, early 40’s.. younger than me and my friends are right now. Looking back on those days, I don’t know if any of us knew how good we actually had it to all work together. I have no idea how a moving job was so much fun. Bud and his friends would tell their stories. As the years went by and we all moved on from working with the movers I would see Bud tending bar at the CBC Club (he tended bar for 42 years there) or at the family events. Bud was married to his wife Chris for 36 years and lived in Conshy and Plymouth his whole life except for when he volunteered to serve our country in Vietnam. Bud was a husband, father, grandfather and a great friend to many. Tim and his wife Julie have two boys and I would often get the chance to chat with Bud at their birthday parties or other important events. Recently Bud and Chris’s daughter Katie got married and it may have been the happiest I have ever seen Bud. He was all smiles. Of course, the past year and a half, there weren’t as many parties and events where I got to see him. The last time was at his oldest grandsons high school graduation party held at the CBC club. Bud was happy to see his family and friends all at the place he loved. In addition to the CBC and Conshohocken, Bud loved his time in Sea Isle City over the years and seeing Jim Long perform at Seacrets in Ocean City Maryland.

To Bud’s family and friends, it’s not easy… I’d love to see his smile and hear his laugh a few more times. I know I’m not the only one.

Here is the official obituary for Bud Donovan:

Bud Donovan, age 71 of Conshohocken, passed away on Monday, June 14, 2021. He was born in Conshohocken on May 12, 1950 son of the late Harry and Alma (Leeser) Donovan. He was the beloved husband of Christine (Cirillo) Donovan for 36 years.

Bud was a lifelong resident of Conshohocken graduating from Archbishop Kennedy High School Class of 1968. He went onto serve his country honorably as a United States Marine Corps Vietnam Combat Veteran. He was employed by: BF Goodrich; Tompkins Rubber; and later Philadelphia College of Osteopathic Medicine, where he retired in 2012. He also tended bar at the CBC Club in Conshohocken for over 42 years. Bud was a life member of the CBC Club and the VFW. He enjoyed: family trips to the beach, especially Ocean City, MD, Sea Isle City, and the Florida Keys; anything to do with his grandchildren; watching sports, especially the Eagles. Above all he was a family man and a loyal friend to many.

Beside his wife, Chris, he is survived by: 2 sons, Tim D. Donovan (Julie) and Kevin M. Donovan; a daughter, Katie L. Keller (Matthew); 2 grandchildren: Matthew and Michael; 3 nieces: Nicole, Danielle and Christine; many great nieces and nephews, cousins and dear friends. He was predeceased by his sister, Kathleen Fenyus.

Relatives and friends are invited to pay respects on Wednesday evening, June 23 from 5:30-7:30PM at the William A. Moore Funeral Home, 708 Fayette St., Conshohocken. Internment is private. 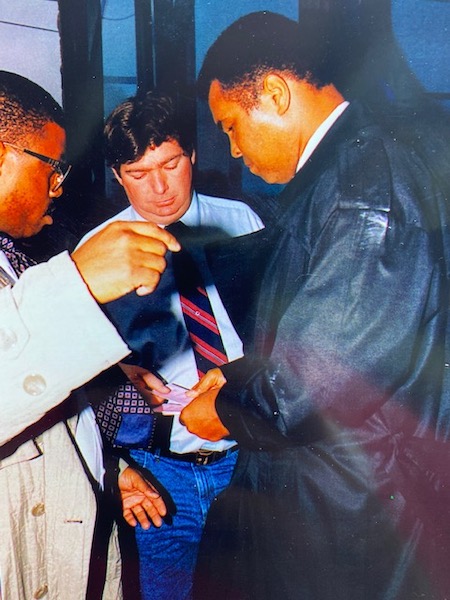