Ghosts… Do You Have One in Your House or Work?

History of a House – and a Famous Conshohocken Resident 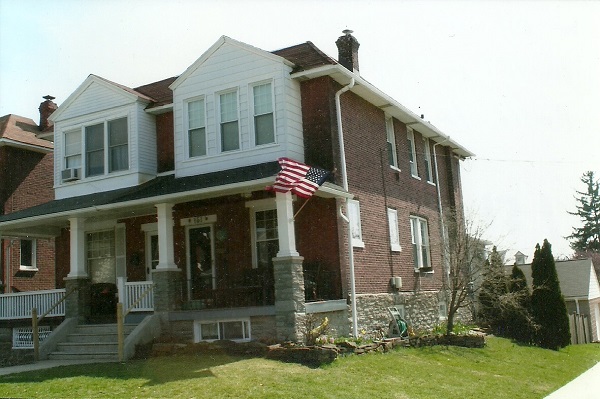 Most residents today won’t remember the name Charles Pienkos, but the name Charlie Hicks just might stoke a few memories.  I wrote about Charlie not long ago on Conshystuff.com but the story is certainly worth repeating.

Charles and his wife Mary (Zurawski) lived in the house at 151 West Eighth Avenue most of their married lives and raised their daughter Charlotte who spent many hours playing at the intersection of West Eighth Avenue and Maple Street.

Construction on the house the Pienkos family lived in began in the spring of 1913 when Joseph C. Jones and Frank J. C. Jones, trustees, offered at public sale one hundred building lots situated in the Fourth Ward, on Eighth, Ninth, Tenth Avenues and property on Maple Street.  The land was advertised as having a beautiful view of the Schuylkill River and surrounding country-side.  The sales pitch also stated that the building lots were within walking distance of the trolley on Fayette Street, as well as a short walk to the railroads, the mills and stores.

Many of the lots were sold to Joseph C. Boggs who was at the time a well-known contractor and builder from Philadelphia.  The property on Eighth Avenue was owned by the Jones and Hallowell Estates and 46 houses along Eighth Avenue and Maple Street were expected to go on sale by October, 1913.  One of the main selling points was hot water heating with the interior of the houses showing off all the modern conveniences.

The West Eighth Avenue houses being built were expected to be sold from $2,800 to $3,500, a number of residents chose the $20.00 per month rent option allowing them to move into a new seven room house with all the conveniences.  I’m not sure when Charlie and his wife Mary moved into 151 West Eighth Avenue but he was living there in the 1930’s, 1940’s, 1950’s and I’m not quite sure when he moved out.

So when I mention the name Charlie Hicks to anyone younger than 50 years old I get the standard reply, “Who?”  Charlie Hicks was a world prominent award winning Band Leader, and record producer who also happened to own a music store on Fayette Street for many years.

Mr. Hicks opened his Fayette Street store in 1941, he sold other household appliances but was known throughout Conshohocken for always having the latest hot 100 records.  My in-laws Roger and Connie Touhey used to tell me that in the 1940’s and 1950’s Charlie’s store would be packed on a Friday night and all day Saturday with teenagers looking over the countless records to be purchased.  Let me see, there was Lawrence Welk, Bing Crosby, Harry James, Dinah Shore, The Andrew Sisters, Perry Como, Sammy Kaye, Count Basie, Peggy Lee, Art Mooney, (“I’m Looking Over A Four Leaf Clover”), Patti Page, (“The Doggie In The Window”), Frankie Lane, Nat “King” Cole, (“Mona Lisa”), Doris Day, Rosemary Clooney, and of course Frank Sinatra.

Charles Hicks was an accomplished accordion player who led big bands which toured the country throughout the 1920’s and 1930’s.  He also toured with his band “The Charlie Hicks Orchestra” and toured with the Major Bowes Touring Company of New York.

In addition to his national touring career, Mr. Hicks recorded for RCA records and was also a “State Of The Art” record producer for the record company.  As the Big Band era faded in the 1950’s Charlie switched to polka music and continued his successful performing and recording career.  He was honored in 1984 by Conshohocken officials at a sold-out testimonial dinner at the Sunnybrook Ballroom in Pottstown where his polka band had been a popular attraction for many years.  He also hosted a very popular polka radio program on a Philadelphia radio station during the 1940’s

In 1984, Mr. Hicks was inducted into the Polka Hall of Fame located in Chicago Ill.  He opened his store on Fayette Street in 1941 just as our young men and women were called off to war.  During World War II one out of every seven residents in Conshohocken served in in the war effort, one out of every six residents from West Conshohocken served during the war.  Mr. Hicks provided residents an outlet for purchasing music, record players and other household appliances for more than three decades.

I met Charlie in his later years on several occasions in the 1980’s, he was a humble man who had traveled throughout this country many times, became a big star, but still loved Conshohocken.

It’s funny to me that I’ve lived in this sleepy little town for nearly a half-a-century, steel mills, hardworking residents, and we rarely think about celebrities living amongst us.  And yet there was Charlie Hicks living  at 151 West Eighth Avenue, I don’t think he ever thought of living anywhere else other than Conshohocken.

Charles “Hicks” Pienkos passed away in the spring of 1993, he’ll forever be woven in Conshohocken’s history, and Charlie will be remembered as a prominent band leader and music store owner.

Join us next time when we look at a house on Maple Street.

Thanks for reading, if you are looking for a fun event in Conshohocken that supports 3 local charities check out the #ConshyProm… https://www.eventbrite.com/e/conshohocken-adult-prom-title-sponsor-the-great-american-pub-tickets-83826680859?aff=ebdssbdestsearch 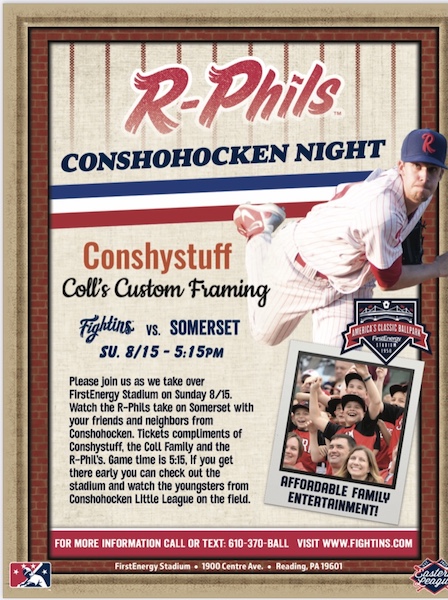