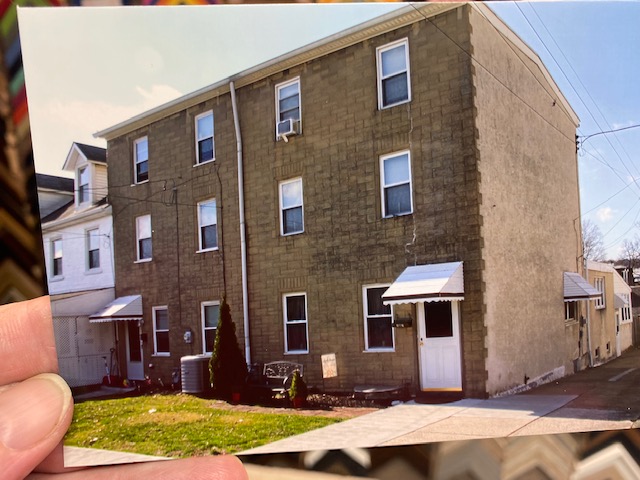 He was More than the founder and Leader of

James Pop Denno was described in a “Profile” article written back in 1962 as “a man of deep feeling for the good things in life.  He can better be described as a lover of nature’s innocents, children, flowers and music.”

Pop Denno and his wife Julia (Pollock) lived at 101 East Third Avenue for more than half a century.  (Although Julia passed away in 1949) Julia was born of German-Hungarian decent in Woodbridge, near Perth Amboy, New Jersey.  Pop was born in Italy and came to America at the age four.

When Pop left the Iron works, he went to work for Hervey and Newton Walker at the Walker Brothers floor wiring plant as a wire-tester.  The Walker Brothers plant was once located in the Spring Mill section along the Schuylkill River where Pop worked for nearly a quarter of a century.

Mr. Denno acquired the unique skill of gardening in his spare time under a gardening master who worked the gardens of the William Perot mansion once located at Fifth Avenue and Fayette Street.  The mansion was later acquired by Horace C. Jones.

It was said that at one time his house at the southeast corner of East Third Avenue and Harry Street had the most beautiful garden in all of Conshohocken highlighted by his rose garden, at the time he had dedicated the beautiful garden to his late wife.

Pop along with his wife Julia had eleven children which resulted in 22 grandchildren and one great grandchild.  Although Pop stayed busy with his kids and managed to be a former president of the Conshohocken Bocce Club and of the Society of Mutual Help, (an Italian-American organization tied to SS Cosmas & Damian Church) his true love was music.

Pop who was born in Italy in 1889, founded the Band of Conshohocken in 1916 and served as president for three years. Bands representing the borough would come and go over the years and in December of 1959 a new Conshohocken band was granted a charter with incorporators including Joseph Pagliaro, Walter Grain, Francis Miscioscia, Anthony Pagliaro and of course James Denno who would serve as vice president of the organization. Pop was involved in organizing other bands representing the borough throughout the years.

Perhaps his greatest achievement outside his family came in November of 1959 when he founded the “Humming Bird Band.”  Pop rounded-up a few children who lived along East Third Avenue and within a few months had 20 children showing up at Pop’s house on Saturday mornings to rehearse, did I mention it was a Kazoo band!  Within a year Pop’s “Humming Bird Band” had grown to what was reported as “Parade proportions” and parade they did on a number of occasions, most notably when they paraded in a major Norristown Parade a year later in the spring of 1961.

It’s been nearly a half of a century since Pop left us in the fall of 1963.  James’s ‘Pop” Denno passed away at the age of 74 and left behind more than a musical legacy.  Pop’s contribution to Conshohocken has made our community a better place to live, work and play.   Many of the young kids who played in the Humming Bird band, (now full-blown adults and many of them grandparents themselves) well, it helped shape their lives and understanding what giving-back means in a tight knit community.

The Humming Bird Band posing on the front steps of St. Matthew’s Church, circa 1960

A few members of the Humming Bird Band practicing and dancing on the corner of East Third Avenue and Harry Street, in front of Pop Denno’s house.  Musicians in the photo include Peggy, Betsy and Rose Kelly, Charlotte and Francis Van Buskirk and a young girl identified as Ann Marie, circa 1960.

James “Pop” Denno posing with the Band of Conshohocken drum.

A photo taken in 1919 shows the Band of Conshohocken with James Denno marching at the corner of First Avenue, Harry Street and Spring Mill Avenue in front of Michael Moore’s stable.

A photograph of the 1954-1955 Band of Conshohocken posing in front of the Conshohocken Post Office.  Joseph Pagliaro, Conductor is shown at the bottom left.

For more great Conshystuff articles go to Conshystuff.com and click on articles by Jack Coll or Brian Coll.  Please check out our advertisers and help support our small Conshohocken businesses. 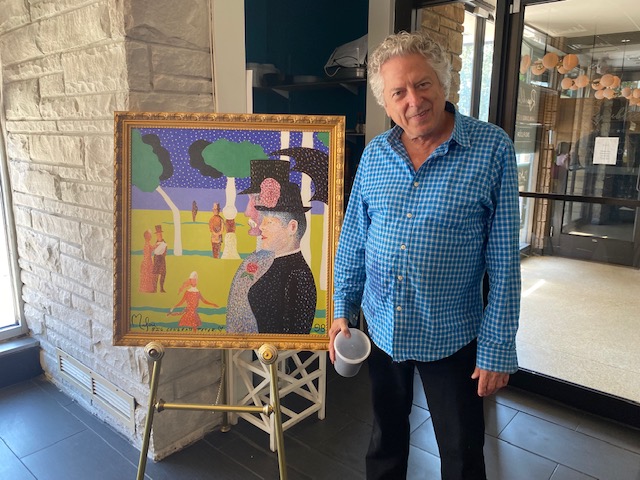