A Glimmer of Good during the Pandemic – People helping People

History of a Business and Building – 308 Fayette Street 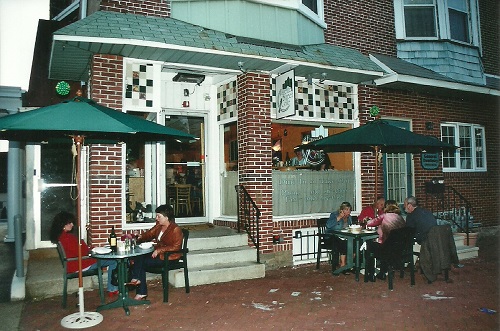 HISTORY OF A BUSINESS AND BUILDING

They’re Cooking-up some of the Best Grubb

In the Philadelphia Area

THE FAYETTE STREET GRILLE located at 308 Fayette Street is an award winning BYOB known for its Salads, Seafood and Steaks and has been hailed as one of the finest restaurants in the Philadelphia area.

The Fayette Street Grille was slow to reopen once the Governor eased restrictions pertaining to the coronavirus allowing restaurants to open.  According to the owner/operator James Sugaiski they wanted to take every precaution to assure safety to his dining clientele.

Mr. Sugalski is a professionally trained Chef of the Culinary Institute of America and along his 23-year career he has held many positions throughout the restaurant business.  His resume is impressive with stops at Westover Golf Club, Doubletree Hotels and as an executive chef at the former popular Siggie’s in West Conshohocken.

Donna and I stopped at the Fayette Street Grille since they reopened and enjoyed our meal and while there I reminisced about the history of the restaurant building at 308 Fayette Street going back more than a century.  Some quick research showed the west side of the 300 block of Fayette Street really has quite a history.

Most of the property on the west side of the 300 block of Fayette Street was once owned by Theodore Trewendt who owned a good portion of the west side of the borough when it was incorporated in 1850.  Shortly after incorporation in 1855 Trewendt began to sell off parcels of his estate.  John Reid was one of the earliest medical doctors to move into Conshohocken and in 1856 built his home and office on the northwest corner of Third Avenue and Fayette Street.  In 1888 Dr. William Hall purchased the property and business from Reid.

In 1920, Paul D. Miller purchased the property and converted into a funeral parlor.  In 1946 Miller sold the property and business to William T. Ardell who operated the business until he retired in 1968.  George Snear took over the business from his father-in-law and later merged with the Donald Moore Funeral Home in the late 1990’s.

The Victorian Style building with the rounded bay-windows and wrap-around porch was the first building constructed along the 300 block of Fayette Street.

In 1884 a second building was constructed at the opposite end of the block at 326 Fayette Street by Horace Hallowell who opened and operated his drug store until his retirement.  The drug store later became McCoy’s Drug Store and later Doughtery’s Drug Store before becoming a food market for about a year in the 1970’s and then Al’s Deli.

The building at 308 Fayette Street, currently The Fayette Street Grille was built in 1890.  The Victorian Colonial Revival structure was first owned by a Dentist, (I think, I’m going off of my memory on that statement) the building served as many office and retail outlets over the years.  A few of the more notable businesses over the years included Whitey Mellor’s Sporting Goods Store in the in the 1940’s until he moved to Norristown in 1947.  It then became home for Frisco’s Beauty Salon in the late 1940’s and early 1950’s.  308 Fayette Street was also home to William S. Irwin’s Jewelry Store who offered Class Rings and such.

In the late 1950’s 308 became home to J. N. Roebuck Chiropractic Clinic and in the 1960’s it became the Heat’m & Eat’m Foods Convenience Store and became a popular stop for residents long before these other convenience stores landed in Conshohocken.  In the 1970’s the General Bar and Restaurant Supplies ran a pretty brisk business at 308 with customers traveling from throughout the Philadelphia area for supplies. Later Zeock’s Pharmacy was featured at the location from 1984 until 1997. Certainly most of the Conshohocken residents at that time remember John and Anna Marie Zeock, along with Margaret and Mariellyn.

And that my friends bring us back to the award winning FAYETTE STREET GRILLE which has occupied 308 Fayette Street since 2001.  The restaurant was opened and operated by Doug Runyen who later hired Jim Sugalski, who later purchased the business from Doug.

Jim offers American Cuisine, cooks up excellent food at reasonable prices.  Donna and I both enjoyed the Chicken Marcella with mashed potatoes and mushrooms and completely cleaned our plates off.  The friendly staff talked us into a dessert which Donna enjoyed the Triple Chocolate Mousse Cake and I inhaled the White Chocolate Mousse Cake.  I’m not a restaurant review guy but I think a few of the other things on the menu included Fish, Pasta, Pork and Beef along with several other entrees.

Listen, the best part about eating at the Fayette Street Grille is the owner Jim Sugalski is Conshohocken born and raised, he decided to take on a business in the town he loves and has been very successful in doing so.  With all the restaurant competition in town it would be nice to give the hometown boy a shot, perhaps I’ll see you there.

And by the way, Thanks for the Memories.

PHOTO CAPTIONS FOR THE PHOTOGRAPHS ABOVE:

All the photographs were taken at 308 Fayette Street:

Outside dining at the Fayette Street Grille

Doug Runyen in 2011 at the Fayette Street Grille

Jim Sugalski and his wife Jen in their award winning restaurant

Editors note: by Brian Coll…. Occasionally we have readers who ask us about if we would have done a story if this or that place wasn’t on our list of advertisers, and that answer is yes. We love Conshohocken, all of it, and we love just about every resident in our community, if we said we loved everyone, we’d be lying. So, yes the Fayette Street Grille has an ad on our site. Yes, we would have wrote this regardless. Thank you for reading, we hope you enjoy our content. We don’t get paid for what we do, our advertisers help us pay to maintain the website… we have so many photos in our articles, it takes up a lot of webspace… we can’t thank our sponsors enough and our web designer and master Josh Leone at Knucklehead Productions. 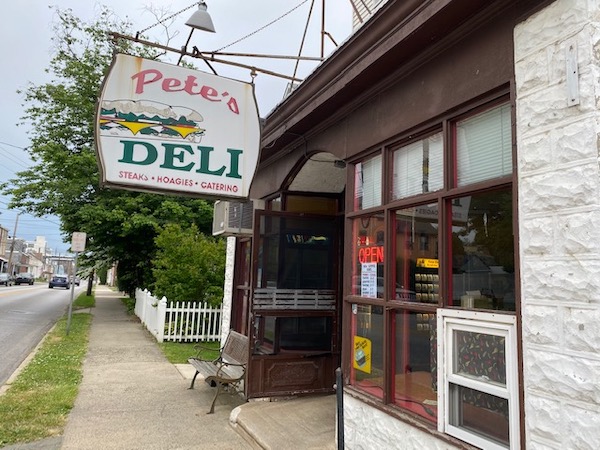