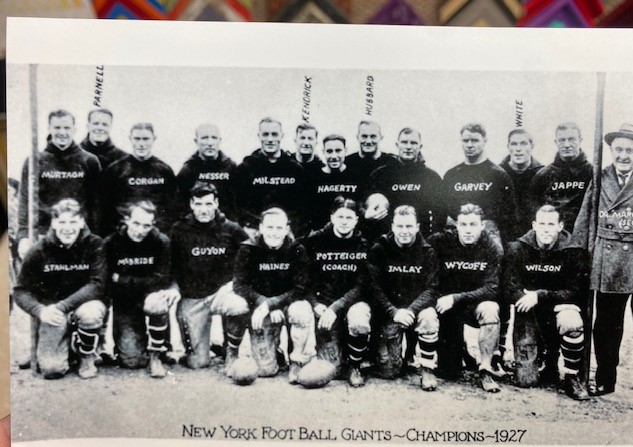 But It Showed Up on National TV

So, a few weeks ago I was watching one of the many professional football games aired on Sundays in the fall and during a New York Giants football game the announcers were talking about what a great job the first year Giants Head Coach Brian Daboll was doing and that not many first-year head coaches are able to get their team to the playoffs.

During the announcer’s conversation a graphic was flashed up on the screen showing the names of the head coaches who took the Giants to the playoffs in their first season of coaching.  At the very top of the list was Earl Potteiger who was a first-year head coach for the Giants nearly one hundred years ago in 1927.

Now I’m some-what familiar with Earl Potteiger and was well aware of him leading the Giants to their first championship as I have written about Potteiger on a number of occasions, but I was still surprised to see his name on the television screen.  During Conshohocken’s “Golden Era of Professional Football” (1914-1923) Potteiger, known as “Dutch” and “Potty” by his team-mates was a standout hard-hitting fullback for the Conshohocken 1915 and 1916 championship professional teams, and again in 1919.

Earl Potteiger was born on February 11, 1893, ironically the first year Conshohocken fielded a football team.  Potty lived in Pottstown, Pa. for the better part of his life and died on April 7, 1959.  Potteiger enjoyed a long and storied career in sports.

After attending Ursinus and Albright Colleges where he played basketball, football and baseball Potty went on to have professional careers in both baseball and football and coached professionally in basketball.  In baseball Potty played in the minors, industrial leagues and a few strong Chicago area semi-pro teams while making good money playing for the assorted teams.  In the 1920’s he caught the eye of a number of major league baseball teams including the St. Louis Browns and the New York Yankees.  He turned down other opportunities from Connie Mack to play with the Philadelphia Athletics, and the Browns again presented him with a contract that he turned down.

While attending Albright College, then located in Myerstown he played right halfback on the gridiron, guard on the basketball team and right field on the baseball team.  Albright’s athletic director and coach for all three sports was Charles “Pop” Kelchner.  Kelchner had served Connie Mack’s Athletics as a scout from 1909-1911 and then the rest of his life with the St. Louis clubs, first with the Browns from 1912-1917 and then the Cardinals for four decades beginning in 1919.

In the spring of 1916 Connie Mack of the Philadelphia A’s was interested in purchasing Potty’s contract from Worcester Baseball Club for an extremely high price but due to a hand injury he suffered playing for Bob Crawford and the Conshohocken football team he was unable to play for Mack.  During a game against the Blue Star professionals, he was bitten in the hand by fellow named Lehr when he was tackled.  The hand became infected and badly swollen and had severe blood poisoning missing the final few games with Conshohocken, and by the time the offer came from Connie Mack to play for Philadelphia Potty’s hand still wasn’t right.

He played most of the 1916 championship season with Conshohocken with a broken finger, after the season doctors had to rebreak the finger to set it straight.  In the spring of 1916 Potty agreed to return to Worcester to play organized baseball where he batted 349 for the season in his outfield position.  Because of his strong season on September 21, Potteiger was sold to the New York Yankees and was ordered to report to spring training the following year.  Yankees manager Miller Huggins later decided against the move and returned Potty to Worcester.  Perhaps Miller’s acquisition of another outfielder, Babe Ruth, left little room in the New York outfield for Potteiger.

During his 1915 season with the Conshohocken Professionals the Conshohocken Recorder newspaper reported that Potty scored between 2 and four touchdowns per game.  The team went 11-0.  In 1916 was much of the same as the team was again undefeated.  In 1919 he was back with Conshohocken where the team recorded an 11-1 championship season and years later was recognized by the National Football Hall of Fame where a Conshohocken Team picture hangs on a rotating basis.

In 1925 at the age of 32 Potty joined the New York Giants football team playing and coaching for the club through 1928.  Potty was joined on the New York Giants football team with another Conshohocken standout John “Jack” McBride and the great Jim Thorpe.  (Conshystuff has a “History of a House” segment forthcoming featuring McBride so stay tuned) However in 1925 Potty broke his arm again after two games and had to sit the season out.  In 1926 Potteiger played in one game for the Giants but he was also a player coach for the team.  Over the winter the Giants organization formed a professional basketball team which Potty managed the squad.

In the spring of 1927 Potty returned to Wilkes-Barre to play baseball, the team finished with an 80-56 record good enough for second place Potty batted 286.  In 1927 he was named head coach of the Giants and guided them to their first NFL Championship with a record of 11-1-1, Conshohocken’s own John McBride played for Potty on that championship team.  In the 1930’s Potty went back to coaching and had his last coaching job in in 1948 when he managed a Pottstown Women’s softball team that made it to the national tournament.

Life after sports saw Potty work a number of different jobs including a garage manager, during World War II, he was employed with the Spicer Manufacturing, a company which made castings for artillery shells.  After the war he was the highway foreman for the Pottstown borough before opening a tavern in 1949.

Earl Potteiger was a special kind of athlete, the game of football that he played hardly resembles today’s game.  He traveled to where ever the money presented itself and made good money at playing sports.  Bob Crawford thought enough of Potteiger to pay him good money to play for the Conshohocken Pros, and Potteiger delivered three championship seasons and a nod from the Professional Football Hall of Fame located in Canton, Ohio.

It was good to see his name flashed on the television screen during the New York Giants game.  Athletes who were that good should be remembered, and in Conshohocken I work to keep their names alive.

Team Photographs above include:

A close-up of the same team photo shows Potteiger in the front row center.

The 1915 Conshohocken Professionals Championship Team, with a few recognizable names:

Stretched-out in front was the team mascots Gordon Atkins, on the left and Dewey Briscoe on the right. 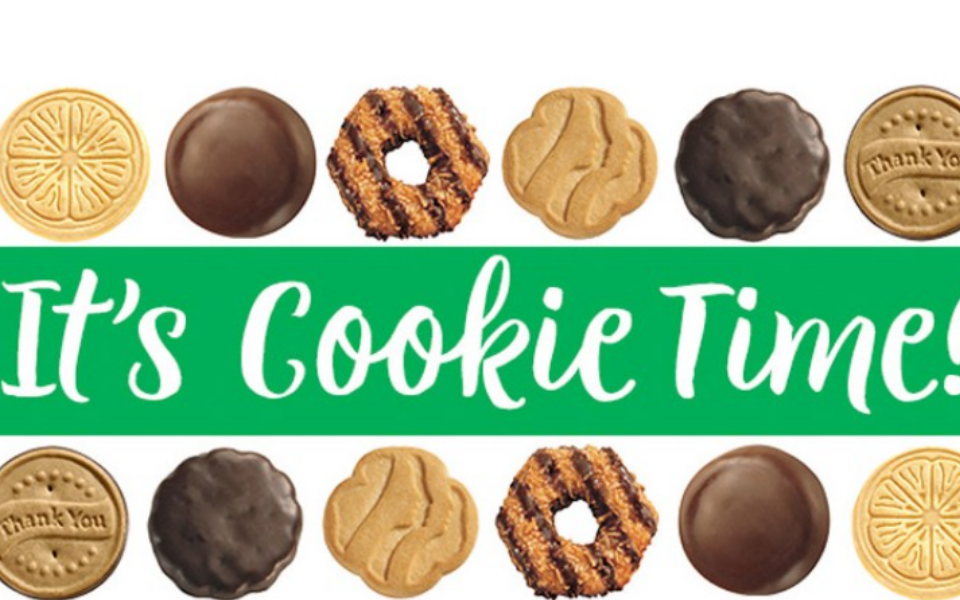