Did You Mention Restaurants? 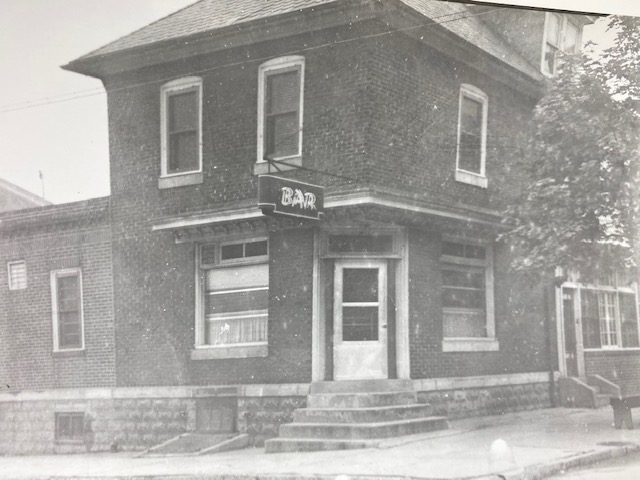 DID YOU MENTION RESTAURANTS?

I Happen to Recall a Few Restaurants Myself

I thought I would just write out a list and I’m a hundred percent sure I’m not Likely to mention all of the restaurants to ever serve food in Conshohocken so feel free to post the one’s I’ve missed.  Keep in mind that current restaurants doing business in the borough are not listed, perhaps that’s another list for another time, but for now here is a short list of perhaps forgotten restaurants.

Bolero’s Pizzeria was located at 824 Fayette Street during the 1970’s and 1980’s.  Everyone still talks about his pizza’s but I always enjoyed the strombolis.

Cherry’s Market located for many years at 415 Spring Mill Avenue.  William “Cherry” Wisniewski started business on Spring Mill Avenue in 1930.  Four decades later in 1970 Mitch and Julia Sokolowski purchased Cherry’s and renamed it “Julia’s Market” until they retired in the early 1990’s.  While they didn’t serve lunch and dinner, they certainly provided the provisions for neighborhood families.

Chippy’s Maple Grill located for many years at Sixth Avenue and Maple Street where he sold the usual beer, wines and liquors but he served up some great tasting sandwiches during the 1950’s and 1960’s.

Don’s Cold Cuts once located at Eleventh Avenue and Wells Street offered up a great lunch back in the early 1970’s with everything from Hot Roast Beef sandwiches to Meatball Sandwiches.

Eberle’s Grocery Store, not a restaurant but worth mentioning as a lot of upper east side residents depended on Eberle’s for their lunch and dinner provisions.  Eberle’s provided for residents in the 1950’s and in 1959 it became known as Lenzi’s Market before becoming Jim’s.

Fran & Bill’s followed Shirley’s Market and in the late 1970’s it became Rita’s Restaurant.  By the early 1980’s the Crab House Restaurant before Win Wah Chinese Restaurant took over 106 Fayette Street and has been doing business there since 1983.

Harvey’s, John J. Harvey ran several businesses from his 922 Maple Street location.  Let’s see, he offered up Fish, Oysters and Clams, specialized in in the best Fried Oysters in Montgomery County.  He operated his businesses from 922 Maple Street from the 1920’s I think until about 1939 or 1940.  His biggest success in business was his Ice Cream business.  At 50 cents a quart back in the 1920’s.  He was also a contractor and Realtor having built dozens of houses throughout the borough.  The building served as “Battery “C” headquarters during World War Two.  922 Maple Street has been an accountant’s office in recent years.

Holdens Restaurant was located just off the bridge at 72 Fayette Street back in the 1920’ and 1930’s.

Jules Lombardi’s Italian-American food I know, not exactly Conshohocken as they were located at 1316 Ridge Pike was a dinning hot-spot for more than four decades.

Marian’s Town Delicatessen once located at 113 Fayette street in the early 1970’s not only offered cold cuts but Kielbasa and all the usual sandwiches and specialized in party trays.

Jackie’s Place was once located at 932 East Hector Street and was owned and operated by Jackie Masters who offered up some great homemade soup, full breakfast seven days a week and all the hot and cold sandwiches you can think of back in the mid 1970’s.

Mary’s Restaurant was located at 41 Fayette Street during the late 1940’s and 1950’s.  Mary was known for her home cooking and Oysters to go.

Montgomery House Musical Bar and Restaurant was located at the corner of Marble and Fayette Street’s I believe from the 1930’s-1950’s.

Back in the 1940’s it was Pete’s Market specializing in Fresh Daily-Clams, Oysters, Fish and Fried Oysters.  To continue on with the location at Tenth Avenue andSpring Mill Avenue.  Ray Gravinese opened the Tavern in the late 1950’s and ran the business into the 1960’s.  It later became Carol’s Beef & Ale in the 1970’s before returning the name to the Conshohocken Oyster House.  And let’s not forget Tillies Place in the 1990’s.

Palermo’s Luncheonette once located at 822 Fayette Street, while they served the usual steaks, zeps and hamburgers not to mention their fabulous Breyers Ice Cream but they offered up the best ten cent cup of coffee in the borough during the 1940’s and early 1950’s.

People’s Sanitary Dairy was located for many years at Seventh Avenue and Hallowell Street. They were known for their milk, cream and ice cream.

Prosper War Wholesale Meats supplied most of the borough’s hotels and restaurants from his East Tenth Avenue location.

Sperlunto’s Bar was located at 729 East Hector Street for the better part of the 1950’s and 1960’s, from what I understand they served some pretty good Oysters and Steamed Clams.

Uncle Sam’s once located on Apple Street in West Conshohocken offered up drinks, food and live music back in the early 1970’s.

Vince’s Tavern once located at 1032 East Hector Street for a number of decades and perhaps one of the better attractions was their Friday and Saturday night dancing to live bands.

Wally’s Grille, Well what can we say about Wally’s Grille?  I have a quick Wally’s story that I’ve told before.  My wife Donna was born and partially raised in Conshohocken, and when we moved into Conshohocken back in the early 1970’s she kept pounding on me for the first few weeks we lived in the borough that we had to pick-up a couple of Wally’s cheesesteaks on a Friday night.  So finally, I wandered down to Wally’s and noticed a long line extending from the back door of Wally’s that ran up Wells street nearly to Seventh Avenue.  I hopped out of my car and went right around to the front door and into the bar.  The man behind the bar said, “Can I help you?” Certainly, I said all happy that I was in the right place, “I’d like two cheesesteaks to-go, one with fried onions please.”  The bartender says to me “Did you see that line along the side of the building?” to which I replied “certainly, what’s that all about.”  He told me I needed to go back out the front door, walk along-side that long line running up Wells Street and get behind the line.  I said “You’re kidding” He replied once you get to the front of the line you can tell them exactly what you want. I remembering thinking well, that’s a hell of a thing.

Wally’s Grille was located at Sixth Avenue and Wells Street and according to my records they were there for more than half a century finally closing in 1994.  I think I can speak for a generation of long-time Conshohocken residents; it would be nice to have just one more Wally’s cheesesteak!

Ye Olde Whitemarsh Inn at 640 Germantown Pike was a dating and drinking hot spot for many years.

Andy Matteucci Luncheonette   Late 1940’s, 101 Fayette Street.  After Andy it was Terminal Restaurant, and then there was Kelly’s Restaurant run by Fred and Linda, and let’s not forget about Jimmy John’s.  And somewhere in between was your Neighborhood Video Store in the late 1980’s run by Brian Clark.  And it all happened at 101 Fayette Street.

Bankers Tavern—Pre-Bankers Tavern located at Hector and Fayette Streets it was Pat Logan’s Bar back in the early 1940’s, the business then changed hands and named Bankers Tavern owned by August Hoffman and for many years he had Eddie and Gus at the taps.  Within a few years ownership changed to S. Lontkowski who took over in the late 1940’s and several ownerships followed.  The building was demolished in1976.

Bill Pounds Diner, later it was Carl’s Diner, and in 1969 Bill Danitz took over and turned it into a hot-spot until late 1990’s calling it the 401 Diner.  It was followed by Evan who continued with the name 401 Restaurant.  Tom Richter and his son ran the place for about five years before a group calling it Nirvana and I think, I said I think Izenberg’s Deli took over.  (If any of this section of the article is wrong, I’m sure Bill Danitz will be on his computer to correct me and get me straightened out, Thanks Bill!)

Before this article gets to long let’s just give you a quick list of a number of other restaurants and food service establishments.  The dates listed below along-side the names of the restaurant are approximate dates the businesses occupied the building.

Casinelli’s Tavern, later Casinelli’s Café’ 1950’s into the 1970’s—Seventh Avenue and Maple Street, was also the Luna Café’ in the 1940’s, later was the Anytime Saloon

Carl’s Sandwich Shop  1940’s   Second Avenue and Fayette Street.  Then there was Jack’s

Marian’s Town Delicatessen, 113 Fayette Street, well it started as Ray’s Appliance before turning into Marian’s, but then came, (I might not have them in the right order but here-goes.)  There was the Downtown Café, in the in the 1970’s and 1980’s.  At some point it became Rhapsody Fine Food, then there was the La Veranda Restaurant & Cocktail Lounge and then Jim Flannigan showed up to open the Boathouse and the rest is history.  (I’m not sure I got all that right, feel free to correct me on any of the listings)

Village Tavern ,   800 Spring Mill Avenue, I have John Zoltek as the proprietor back in the 1940’s and 1950’s, it continued as the Village Tavern into the 1980’s, then came Cool Breeze Café’, Hideaway, Bonkers Comedy Club,  Funny Bones, and currently Coyote Crossing

521 Steak Shop  Late 1940’s—521 Fayette Street, followed by Royal’s Luncheonette in the 1950’s, then came Boccella’s Restaurant followed by the Conshohocken Café’ and finally the ever popular Brunch.

Maple and Elm Streets, well, there was Settimo Fabiani’s Tap Room in the late 1930’s and early 1940’s, I think the New Matsy Tavern followed, sometime in the late 1950’s came Pat’s Bar and somewhere around 2009 Guppy’s Good Times took over the popular corner.

Let’s visit some of the past restaurants/bars and food outlets in West Conshohocken, you’re not likely to remember a few of these:

Noah’s Ark/Club Rio on the river

Is this a good place to mention “7th Heaven” once located on Hector Street in Whitemarsh Township?  Maybe not

Well, While I have an extensive file on the borough’s restaurants that goes back more than a century, I’m sure we missed one or two eating establishments.  Recognizing we could go on and on we thought we would let our readers post restaurants that you might recall.  A reminder that the dates listed are not exact, but gives you an idea as to when they operated.

I would also like to point out our advertisers, We here at Conshystuff only advertise businesses that are professionals at what they do, we personally have used advertisers from our site when we have been in need for their services.

Thanks for spending time with Conshystuff.