Can anyone help a Deceased Veteran?

Joseph E. Januzelli – Has Anybody Here, Seen my old Friend Joey? I Just Looked Around and He Was Gone 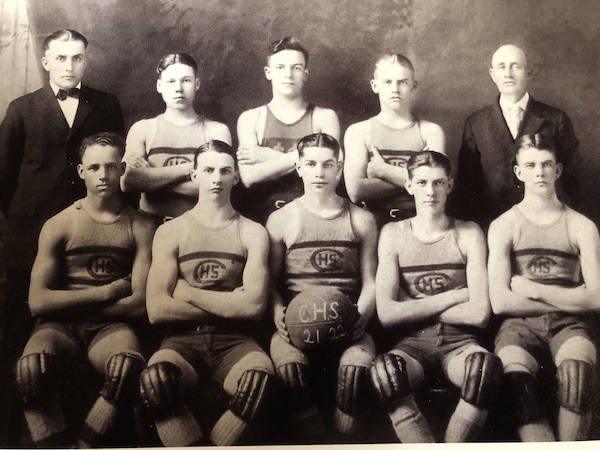 Since 1976, every United States President has officially designated the month of February as Black History Month.  Other countries around the world including Canada and the United Kingdom also devote a month to celebrating Black History.

In the 1940’s and 1950’s yearly proclamations recognizing Negro History week were proclaimed, by the late 1960’s, thanks in part to the Civil Rights movement and a growing awareness of black identity, Negro History Week had evolved into Black History Month on many college campuses.

President Gerald Ford officially recognized Black History Month in 1976, calling upon the public to “Seize the opportunity to honor the too-often neglected accomplishments of Black Americans in every area of endeavor throughout history.”

Over the years I’ve enjoyed writing articles honoring African Americans especially during the month of February.  I’ve written about national figures like Dr. Martin Luther King Jr. on a number of occasions and local Conshohocken figures like Edward “Ned” Hector and Rev. Marshall Lee among others.

This year I would like to honor a Track Star and the Borough’s first African American Hall of Fame Athlete, Everett Thompson among others.

Everett Thompson was a Conshohocken High School Track standout under legendary coach Pop Irwin a century ago.  Thompson set a number of local high school records and competed in all the major track-meets during his era earning an “All-State” honor Track Runner in 1921 and 1922.  Many times Thompson and other Conshy High teammates were forced to run against much larger schools especially at the University of Penn Relays in Philadelphia, often beating schools from New Jersey and New York.  The Penn Relays were often held at the old Franklin Field in Philadelphia.  Thompson won many medals in the relay races.  Team-mates of his on the relay team included George Beatty, Howard Ramsey, Austin St. Clair, Nick Talone, Eddie Watson, Arthur Young and Leonard Talone, all these runners were outstanding athletes.

Everett also played high school basketball for two years from 1920-1922 alongside Charlie Head, Ralph Wentling and Sam Bressen among others.  Everett Thompson is considered Conshohocken’s first great African American athlete, and was the only known African American Athlete playing in Conshohocken organized sports throughout the 1920’s and early 1930’s.

Everett went on to the University of Pennsylvania where he set a number of records in the college ranks and was a 1978 inductee into the Conshohocken Sports Hall of Fame.  Everett received his D. D. S. from the University of Penn Dental School and ran a successful Main Line practice for many years before retiring.

Another outstanding Conshohocken African American athlete was John J. Blalark who played football for Conshohocken High School back in 1936.  Blalark played alongside the great Whitey Mellor who had contracts to play football for the Philadelphia Eagles and Philadelphia Phillies, Chot Wood who was an outstanding baseball and football player, along with Bill Keown, Tom Bruno, Cap DePollo and Tony Cianci.  Wood, Mellor and Cianci all went on to play on the Conshohocken Professional Football teams in the 1940 coached by the legendary Harry Fox.

As a photo journalist during the 1980’s and 1990’s I witnessed a lot of outstanding high school and college athletes and I could name a dozen female competitors off the top of my head.  Two of the top three female athletes I’ve had the pleasure of watching and photographing in all my years were Brenda Mason and Tammy Green, along with Darlene Hildebrand.

Brenda Mason was a very special athlete when she attended Plymouth Whitemarsh High school.  She became the school’s first female 1,000 point scorer during her three years of playing varsity basketball.  During her senior year in high school Brenda racked up a number of local and national awards including the elusive National High School Basketball All-American Award in 1985.  The two-time team captain was one of only 75 female players in the country out of 390,000 girls that received this prominent award that year.  She also picked up another three paragraphs of awards and tributes.  Brenda received nearly 100 full scholarship offers and attended the University of Maryland.

Then there was Tammy Green, I remember Tammy playing basketball at the Fellowship House both inside and on the outside basketball courts.  My own children were involved at the Fellowship House back then and I would see Tammy every day, small, skinny and always playing with the older kids.  She had a soft touch when she shot the ball, it went through the rim more often than not.  When she hit the high school gym she found herself playing varsity basketball as a freshman where she honed her skills under Coach Jeff Hovis, this is where Tammy learned team-work.

Tammy went on to score a school record for both boys and girls scoring 1,311 points averaging 26 points per game.  Philadelphia Textile girls basketball head coach the legendary Tom Shirley recruited the shooting sensation and by the time Tammy finished her career at Textile in 1994 she was named the National College Player of the Year.

In the spring of 2014 the former Philadelphia Textile now Philadelphia University retired Tammy’s Number 14 jersey in honor of her 2, 490 career points , averaging nearly 21 points per game.  With her long list of awards and achievements Tammy was inducted into the Montgomery County chapter of the Pennsylvania Sports Hall of Fame in the fall of 2014.

In the book called “Conshohocken and West Conshohocken, People, Places and Stories,” written by Jack and Brian Coll there’s and entire chapter on the history of African Americans in Conshohocken and there are many pages devoted to African American athletes. (Where much of this information came from)  For the sake of space we’ll just mention a few more although space doesn’t allow us to go into detail.

Outstanding African American Athletes would have to include the Scott Brothers Lee, James and Da’Rel.  Following outstanding football careers at Plymouth Whitemarsh High school Lee went on to play football at LaSalle and James ran track at Saint Joseph’s College.  At Plymouth Whitemarsh High school Da’Rel left a blinding legacy behind him that included lettering for four years in football, track and basketball.  During his senior year at P. W. he rushed for 2,523 yards scoring 38 touchdowns and 232 carries, (Who does that?) His success in track had a lot to do with his success on the grid iron. His skills as an athlete and on the football field drew him national attention from colleges throughout the country.  Although Da’Rel had scholarship offers from a number of Division One schools like Georgia Tech, Penn State and Virginia he chose the University of Maryland.  In 2011 Da’Rel was selected by the New York Giants during the National Football League’s annual draft thanks in part to his successful college career.

Although injuries plagued his career in the NFL Da’Rel was a member of the Super Bowl Champion Giants in 2011 when they beat the New England Patriots by a score of 21-17.

Then we head back to the 1950’s and 1960’s when Conshohocken was producing outstanding African American athletes.  There was the Conshohocken High School 1951 undefeated football team with guys like Armand “Sug” Smith, James Groves and Russell Graham, Jaroy Cannon, Lyle Graham, Carl Groves, James Mathis, and Charles Weaver.

Victor Smith who was a pretty good athlete in the mid 1950’s played on a number of successful teams including the 1952 football team where he played alongside Reece Whitley, Doug Law, Thorman Dozier and Jaroy Cannon among others.  In 1953 Smith helped lead the team to a 9-1 record although the following year they only managed a 5-4-1 record despite Smith’s outstanding play.  Victor Smith also played baseball in 1954 along with Reese Whitley, Art Andrey, Albert Scott, Irvin Dean and John Kitt helping the team to a successful season.

Let us finish this column with a few high school notes:

The first African American captains of any sport at Conshohocken High School were Russell Graham and James Groves: Football Co-Captains in 1951.

John Joe was the only African American Head Coach in any sport at Conshohocken High School.

He was the head coach during the final football season in the fall of 1965.

During the fall of 1961, Nancy Scott became the first African American Cheerleader at Conshohocken High School.

Nancy Scott may have arguably been the best female athlete to ever attend Conshohocken High School:

During the 1961-1962 school year Nancy was a cheerleader, the Captain of the Girls Basketball Team, played Volleyball, and led the Tennis Team to the school’s only undefeated season.

During the 1961-1962 school year Nancy Scott was one of two African American Cheerleaders on the twelve member squad, Linda Brown was the other.

James “Ike” Griffin was a standout athlete in the late 1950’s and enjoyed successful seasons with teammates like Archie Graham, Tony Neve and Bill Scott.  In 2006 Griffin was elected to serve on Conshohocken Borough Council and in 2016 he was appointed at the borough’s first African American President of Town Council

John Street was born in Swedeland but moved to Conshohocken in 1956 where John and his brother Milton attended school at Conshohocken High School.  John attended Conshy High during the late 1950’s and early 1960’s where he played Basketball and Football.  As we know he went on to become Mayor for the city of Philadelphia.

What you just read is a condensed version of outstanding Conshohocken African American Athletes, due to space I know I missed a few but PLEASE feel free to list anyone’s name I might have over looked.  A sentence or two with their accomplishments would be nice.

Thank You and celebrate with pride!

Photographs shown throughout the article include:

The Conshohocken High School Basketball team photo from the 1920-1921 season shows Everett Thompson seated in the front row on the far left.  Standing on the left in the back is Assistant coach Bill Irwin (Pop’s son) and on the far right was the legendary William “Pop” Irwin, Head Coach.

A few of the track medals Everett Thompson had won from track meets in high school and from the University of Pennsylvania.

Number 28, Victor Smith of Conshohocken High chases a loose ball during game action at the Conshohocken “A” Field in 1955.

A 1959 photograph of James “Ike” Griffin pulling down a rebound for Conshy High.

A 2012 Photograph of Bryan Collins posing with the Scott Brothers, Da’Rel, James and Lee.

An undated photograph of a Conshohocken youth basketball team posing at the Fellowship House.