A Century of Football in the Conshohockens 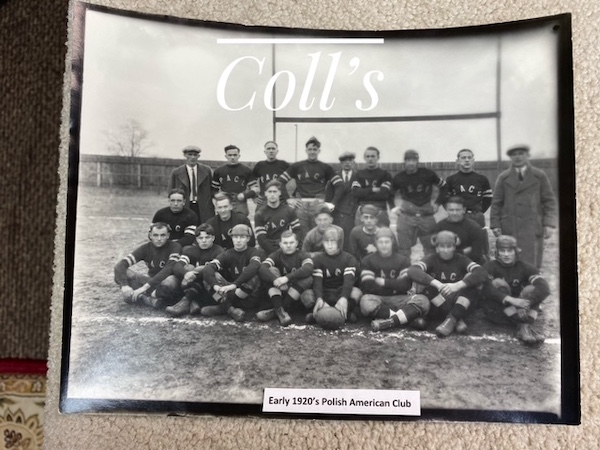 THERE WAS A LOT OF FOOTBALL BEING PLAYED IN CONSHOHOCKEN

*photos are in no particular order for this article.

In the 1830’s, the Schuylkill River and the canal that ran on Conshohocken’s side of the river attracted steel and cotton mills.  These mills required employees who lived in the villages on each side of the river.  By 1900, nearly 10,000 jobs were available along the riverfront and in the hills of both communities.  Without radios, television sets, or shopping malls, sports became the great American outlet.

Conshohocken has had a love-affair with the sport of football for more than 130 years.  The first organized football team was formed in 1893.  The team was sponsored by the Conshohocken YMCA and the team was called “The Ironmen.”  Members on that first team included Sam Wright, Ben Cressman, Charles Herron, Fred and Arthur Clark, (Sons of Charles Heber Clark, nationally known author) Eugene and Bud Beaver, (Sons of David Beaver, a Civil War surgeon) Alan Caine, George Lukens and Louis and Max Vielhaber.

Conshohocken’s football team entered into the professional ranks in 1914, a team managed by Bob Crawford who for the next eight years brought championships and mainstream attention from throughout the country.  Crawfords 1919 team with guys like Bechtel, Cable, Hartig, Bergey, Williams, Jones, Yeabsley, Thomas, Wolavie, Eyrick, Fisher, Rigg, Potteiger, Hallowell, Burkhart, Eble, Mitchel, Seaholtz, Campbell and Hyde won the Eastern Seaboard Championship and was years later recognized by the National Football Hall of Fame, where the Conshohocken team photo hangs on a rotating basis.

When the Conshy Pros played their games at what was known as the “Community Field,” (A-Field) located at Eleventh Avenue and Harry Street the team would draw anywhere from 6,000-10,000 fans every game.  When Conshy played an away game, chartered trains were hired to transport as many as 2,000 fans to the games.  When the West Conshohocken Reliance Team played their games behind the Mingo Hotel once located on the 1000 block of Ford Street.  It was said that up to 2,000 fans per game would ring the field cheering on their hometown heroes.

The success of these early teams inspired dozens of teams and leagues in Conshohocken to organize during the 1920’s, the 1914-1922 Professionals was considered to be “The Golden Age of Football” in Conshohocken.  Thanks to their success, so began Conshohocken’s second greatest era known as “Club Football.”  These teams would play their games at “The Meadow” a playing field once located at Washington and Cherry Streets the future location of C&D Batteries and Hale Pumps.  Other playing fields teams used a century ago were located on a field at Second Avenue and Forrest Street, a lot at Eighth Avenue and Fayette Street, Thirteenth Avenue and Fayette Street, along with a couple of fields along upper Butler Pike and the lower end of Lee’s golf course down by Tenth Avenue and Wood Street.

So what-da-ya say we take a look back at a few of the many Conshohocken football teams of the 1920’s, what I considered Conshohocken’s “Golden Era of Football.”

There was the Sherwood Athletic Club Team, a few of the guys included J. Coyne, George Sauers, Carpett, Lowery, Johnson, Snear, Kelly, Hetrick, and Redmond among others.

St. Mary’s of Connaughtown had a tough reputation with members like Julio Coccia, Carmen Zinni, Frank Ryday, Kiddi “Doc” Coccia, John Coshin, John Muller and Frank Rodenbaugh with a host of other players.

The Hollyhocks was a team mostly made up from guys who lived in the lower end of West Fifth Avenue and West Sixth Avenue.  A few of the members included Mickey Harrrington, Sunny Bickings, Joe Carpineta known as “Chippy,” who later owned and operated “Chippy’s Grill,” once located at West Sixth Avenue and Maple Street.

The Conshohocken Young Men’s Athletic Association, not to be confused with the Conshohocken A. A. had a number of successful seasons with players like Kehoe, Schank, Murphy, Corrigan and Gavin.

The Irishtown Football Team played for a number of years during the mid-1920’s winning a lot of games with standouts like Tom Johnson, George Sauter and Smith.

On top of all this, there was the Midget and Junior teams of the borough.  Mr. Forbes director at the Park House organized the midgets. A few of the teams included the Steamrollers, with Johnny Murphy as the team leader and James Traill was the Manager.  The Connaughtown Giants. The Sixth Avenue Bulldogs team consisted of Rodenbaugh, Friend, Freas, Dinino, Metzger, Cinine, Hilenski, Pettine and Bolton.    The Third Avenue team consisted of Yonie, Michael, Amelio, DiJenno, Simncino and Cardamone just to name a few.

Other Midget and Junior teams of the 1920’s included:

As the years rolled by in the 1920’s both Conshy High and St. Matt’s High fielded alumni teams from their schools and played one or two games a year for bragging rights.

Then there were the industrial football leagues like the John Woods Manufacturing Team, several teams representing the Alan Wood Steel firm, two or three teams from the woolen mills of West Conshohocken and I was once told of a football team sponsored by Lee Tires but in all my research over the years have never verified a Lee team.

By the early 1930’s, teams were dropping out with new teams being added to the Conshohocken roster of football teams.

A quick review of a few of the teams that suited-up and played football during the 1920’s included:

The Midget and Junior Teams

The Conshohocken Professionals of the late 1920’s and 1930’s

Since organized sports was introduced in Conshohocken 133 years ago back in 1888, (Baseball) the boroughs of Conshohocken and West Conshohocken have produced hundreds if not thousands of good athletes.  We’ve also produced a number of world-class athletes.

The athletes who played on the many football clubs of the 1920’s was also something special.  They worked in the mills between 50 and 60 hours a week, they were dedicated to their kids and family, loved their wives and drank at the many bars on Saturday afternoons and Saturday evenings.  These same men would drink late into the evenings but there was an old saying in Conshohocken, “Drink all you want on Saturday night but your ass better be in the church pew on Sunday morning.”  Following the Sunday mass many of these mill workers would suit up for the big Sunday football game where they would play for the pride of the organization they represented.

WHAT A FOOTBALL TOWN!!! 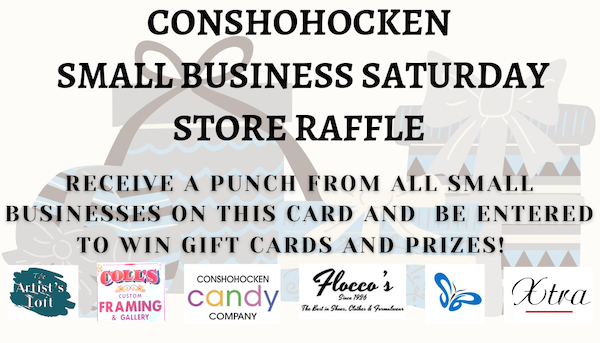